I know a number of people who pooh-pooh Simplenote because it’s too basic or doesn’t have enough functionality. They don’t seem to understand that not all tools are suited to everyone.

Although it is basic and plain text, Simplenote is very flexible. You can easily go beyond simply taking notes with it.

So what can you do? Simplenote is a very effective tool for creating and managing to-do lists and checklists, and for creating outlines. Here’s a look at how I do that.

The way I do that in Simplenote is the same for both to-do lists and checklists. The key is to use a pair of square brackets to simulate a checkbox. Yes, it’s that easy. However, you should put an underscore between the brackets since a space doesn’t always render properly. More on this in a moment.

Then, add the items that you want to include in the list. As I usually do, I recommend adding only three to four items to a to-do list. But, that’s up to you. 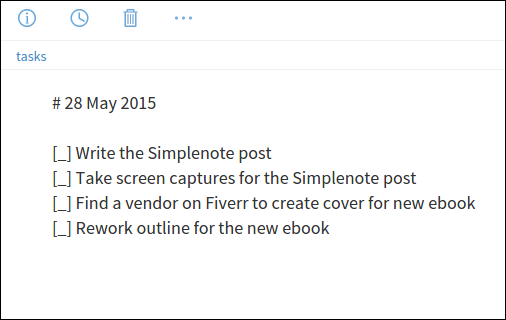 When you complete an item in your list, replace the underscore with an x. 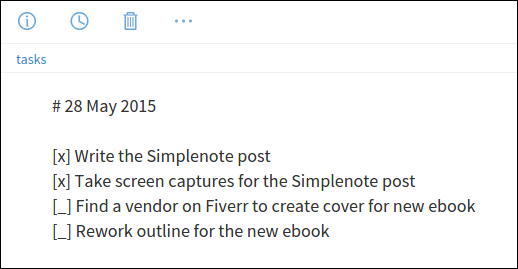 You can create and work with a checklist in the same way. If you want to add related item below an item in the list, indent them using three spaces. 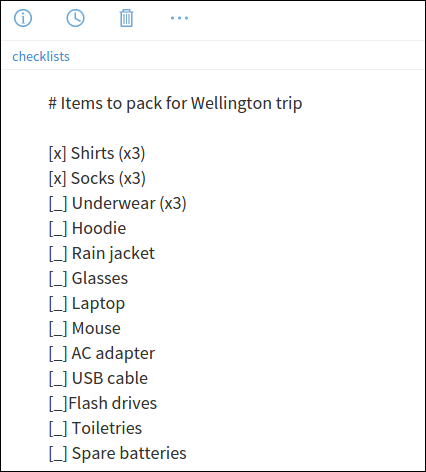 An outline can be quite useful if you’re writing or planning something. The technique that I use to create an outline in Simplenote is influenced by the way I used to create outlines in Emacs org-mode. That technique involves using a nested bullet list.

The bullet is an asterisk or dash. Each top-level item in the list — for example, a heading or a chapter title — is a bullet. Indent any children of that item using three spaces. Here’s an example: 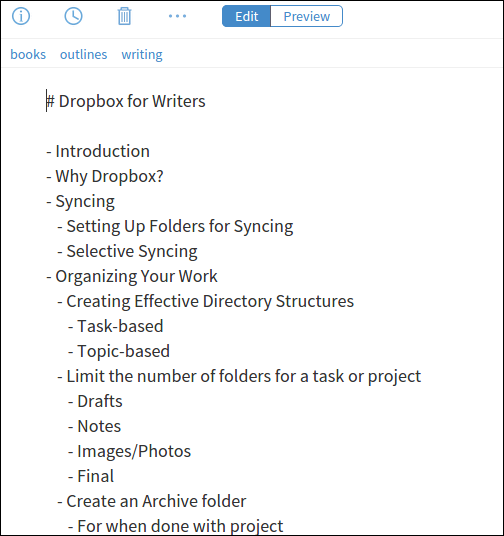 Lists and outlines in plain text are serviceable but they’re also a bit ugly. You can make them more visually appealing, and easier to read, by formatting them using Markdown. Simplenote supports all basic Markdown formatting, which should be more than enough for your purposes. Remember when I mentioned using an underscore instead of a space in a to-do list, and suggested using asterisks and dashes in an outline? That was leading to this point.

To enable Markdown in Simplenote, click the Note & info settings button in the top-left of you note. Then, click Markdown Formatted. 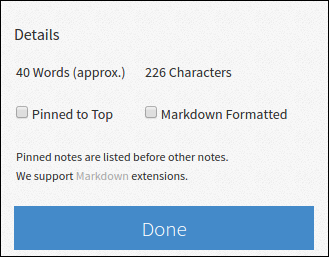 Remember the outline from earlier? Here’s what it looks like, formatted with Markdown: 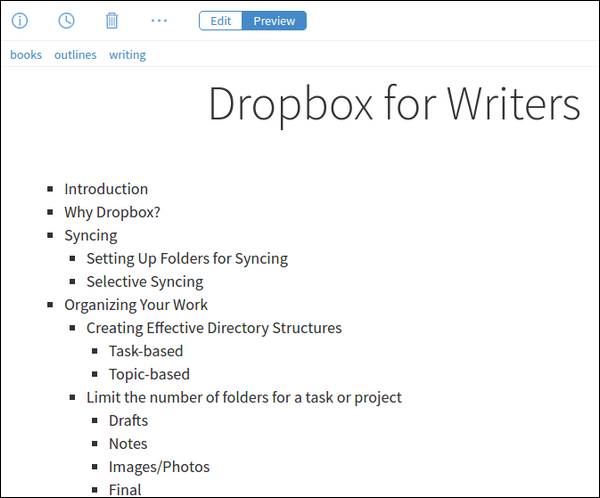 It’s easy to create and manage to-do lists, checklists, and outlines in Simplenote. Best of all, since they’re plain text you can take them anywhere. You can use them with Simplenote’s mobile apps, too. Not bad for a basic tool.