When you think of note taking apps, the first one that comes to mind is probably Evernote. And with good reason. Evernote is arguably at the top of the food chain in the kingdom of online note taking apps.

As some people discover, they don’t need all of Evernote’s bells and whistles. The service’s 2016 privacy flip-flop really put into question whether or not you can trust Evernote with your information.

There are a number of simpler alternatives. One of the newer ones on the block is Standard Notes. Standard Notes was brought to my attention a while back by Mo Bitar, the developer behind it. I’d been meaning to dive into Standard Notes, but time and opportunity never presented themselves.

Finally, things aligned in late January, 2018 and I spent the two to three weeks I usually do when working with a new tool or app. And as a plain text note-taking tool, Standard Notes works very well indeed.

Let’s take a closer look at it.

Standard Notes is open source. That means if you have the technical nous, you can grab the building blocks of the application and modify them. You can also install it on your own server.

I don’t know about you, but I’m not an uber techie. Which means I registered for the hosted version of Standard Notes. It’s free, although you can get a paid account for $34.99 per year. That gives you access to a number of extensions beef up Standard Notes.

Let’s say you’ve signed up for a hosted account. When you log into Standard Notes, you’ll see three panes: 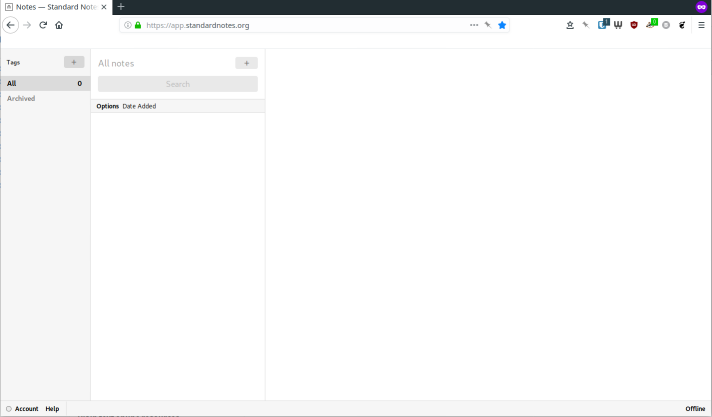 It’s rather plain, but it is functional.

Click the + icon in the All Notes pane to create a new note. Give it a title, optionally add a tag to the note (more on this in a moment), and start typing. Pretty simple, no?

Out of the box, Standard Notes is plain text. No images, no formatting, no tables, or anything like that. You can add markup to your notes (using, say, Markdown or HTML) but it won’t render in the stock editor.

You can enter anything into Standard Notes that would put into another note taking tool or into a text editor. That can be:

You can add tags to your note by typing in the field below the note’s title.

When you want to filter your notes, click the tag in the Tags pane. Only the notes with that tag appear in the All notes pane.

Importing and Backing Up Your Notes

You might be coming to Standard Notes from Evernote. Or, you might have plain text notes scattered across various devices. How do you get them into the app? Use the import conversion tool, which converts Evernote or plain text files to a plain text data format called JSON. Once you’ve converted your notes, import them by selecting Account > Import from Backup.

The import tool has a couple of limitations. You can only import one file at a time. That can be cumbersome if you have a large number of notes. If you’re moving to Standard Notes from Evernote, you’ll lose formatting, images, and attachments.

While it has little to do with working in plain text, one of the selling points of Standard Notes is privacy and security. The application is:

100% Private. Your notes are encrypted and secured so only you can decrypt them. No one but you can read your notes (not even us).

Learn more about how Standard Notes secures your notes. I somehow don’t think the folks behind Standard Notes will do a 180 on either their privacy or security pledges.

That said, I’ve installed the Android app on my phone and on my tablet. It’s simple and does what it needs to do with the minimum of frills. And don’t worry, Apple fans, there’s also an iOS app. 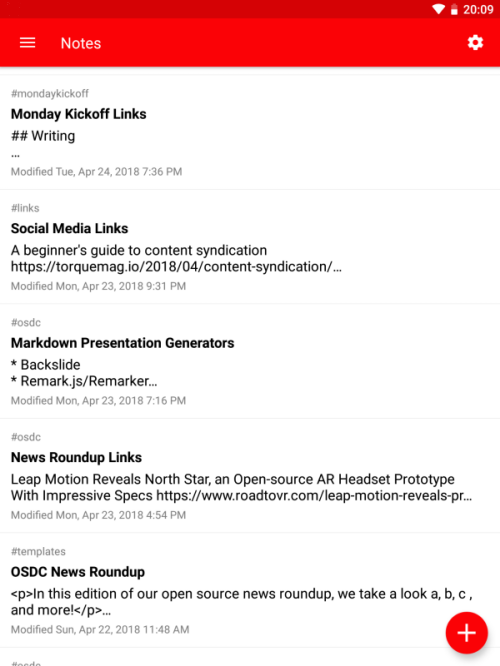 I’ve only taken a quick peek at the desktop app, and it has a look and feel similar to the browser version. The desktop app is a bit more compact, though.

A Problem or Two

For me, the main problem with Standard Notes is the the stock interface. As I mentioned earlier, there are three panes:: Tags, Notes. and Editor. I find that layout a bit distracting — I don’t want to see the Tags pane all the time. Sure, you can drag the border of that pane to the left to hide it, but that’s not obvious. A small button or icon to hide the panes you’re not using would be a useful touch.

Having written that, if you have a paid account and install an extension or two, the app becomes a bit less distracting and cluttered. 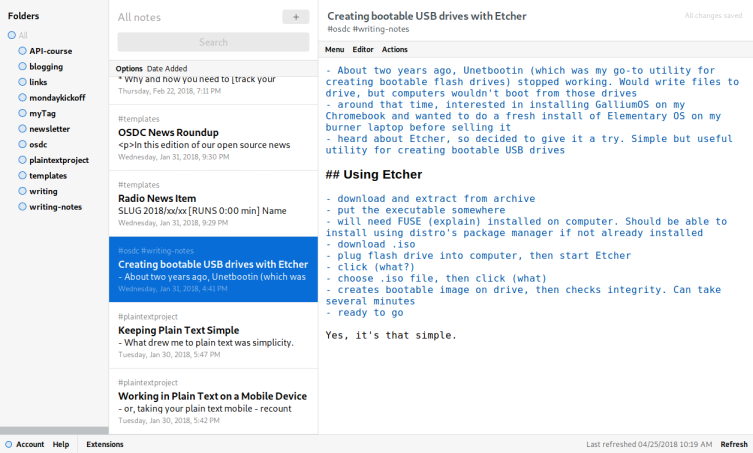 There were a (thankfully) few times when I’ve opened a note and the Editor pane was empty. I either had to refresh the browser tab or select another editor from the Editor menu (I have a paid account) to fix this problem.

Several paragraphs back, I mentioned that you get a lot more with a paid account — themes, editors that render markup, desktop extensions. Of course, subscribing helps pay for the service. If you think you’ll get $34.99 worth of use out of Standard Notes each year, then it’s worth it.

Standard Notes gives me both the simplicity and flexibility of both Simplenote and Laverna. So much so that I’ve been moving my notes in Laverna over to Standard Notes. As an online plain text tool, you can’t do much better than this.

This article is licensed under a Creative Commons Attribution 4.0 International License.